This forum is for admins who are looking to build or expand their OpenVPN setup.
Forum rules
Please use the [oconf] BB tag for openvpn Configurations. See viewtopic.php?f=30&t=21589 for an example.
Post Reply
6 posts • Page 1 of 1

I've been running tap-windows-9.21.1.exe under Windows 7 x64 (without OpenVPN), and everything seemed fine: I bridged my connections, configured my static IP settings again for the bridge, and both my PC and applications using the TAP were able to achieve network connectivity; however, the Windows Event Viewer is showing that having the TAP driver installed is causing an error.

The error doesn't seem to actually do anything, as spoolsv.exe is still running, and I can print a test page to my networked printer. Even so, I think it's generally better to try to resolve errors when possible.

Has anyone else encountered this, and is there a way to fix it? I'm tempted to try the older 9.9.2_3 TAP version, but I'm not sure that's a good idea under Windows 7 x64. Any suggestions would be appreciated.
Top 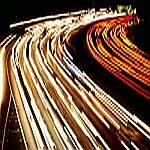 It would be more helpful if you tried all the different TAP driver versions and let us know if any resolve the problem.

You are aware that there is an NDIS-5 and NDIS-6 version of the TAP driver ?
Top


Download Page wrote:The tap-windows driver comes in two flavours: the NDIS 5 driver for Windows XP and NDIS 6 for Windows and above.

and not all XP drivers work correctly on 7. Also, I'm guessing there was supposed to be a version specified for "NDIS 6 for Windows ___ and above" and that it was higher than XP. If the old driver works on 7, then I'll try that one, too. I didn't want to try other solutions prematurely in case this problem was already documented.
Top


Aleron Ives wrote:If the old driver works on 7, then I'll try that one, too

It will work but may not fix the problem ..

I tried the older 9.9.2_3 driver, and I got the same printer error upon restarting my computer as I got with the NDIS-6 installer. It seems that Avast Antivirus may not like the TAP driver, as I noticed avBugReport.exe running when I started the machine. I deleted the network bridge and tried to use the supplied batch file to uninstall the TAP, but I couldn't open any command prompts, and with the network bridge gone, I had no network connectivity. I tried recreating the bridge (which restored network connectivity) and waited five minutes or so for the Avast bug reporting to finish (and for sppsvc.exe to go to sleep), but the PC froze. I could move the mouse cursor but do nothing else, so I had to power off.

I started Windows normally again (which generated another printer error in the log), and this time avBugReport.exe wasn't running, so I quickly deleted the network bridge again, ran the TAP removal batch file, and then ran the tap-windows uninstaller to remove tap-windows completely. After reconfiguring my Ethernet adapter, running chkdsk on my drives, and rebooting again, the printer error is again no longer appearing in the event log, and I'm (hopefully) back to where I was before I installed 9.9.2_3.

I also noticed that when I installed both the NDIS-5 driver today and when I installed the NDIS-6 driver a little over a month ago that the event log shows "Event ID 4107 Source: CAPI2" errors about 27 times when I ran the installer:

Microsoft says you should disable the print spooler privacy settings on both the Client and Print Server. When the RpcAuthnLevelPrivacyEnabled Registry key is set to 1, Windows automatically encrypts RPC communication with network printers and print servers.
Top
Post Reply
6 posts • Page 1 of 1