This forum is for admins who are looking to build or expand their OpenVPN setup.
Forum rules
Please use the [oconf] BB tag for openvpn Configurations. See viewtopic.php?f=30&t=21589 for an example.
Post Reply
5 posts • Page 1 of 1 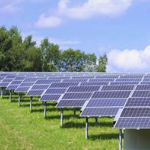 When routes have the same metric, the route will 'sometimes' route over one, sometimes over the other. (Round robin)

So, I either need to:

Use --server and this is done correctly.

Don't use --server and you make a mess .. as you have seen for yourself.
Top

And then you go and do something useless and expensive like this:

When you mess about with things without understanding what you are doing ...
Top

Don't use --server and you make a mess .. as you have seen for yourself.

Actually, I expanded to the non-shorthand version (as is available in the documentation) because –server wasn't doing it either.
I can confirm that changing it back to –server has the same results.

I also checked NordVPN's (which uses OpenVPN) routes in Windows. It appears that it's standard for an OpenVPN Windows client to set the Gateway to its own IP address... (OpenVPN GUI 11.15.0.0/2.4.9)

When I test with a Linux client, and just run 'ping -c 1 10.8.0.1' on the client and `tshark -i tun0 -f "host 10.8.0.2"` on the server, it shows two packets every time for a single PING. Contrary to the Windows client, which would often show two, four or five packets (the ICMP Redirect does not always get sent).

It doesn't matter that much because the clients with metered connections will be Linux.

And then you go and do something useless and expensive like this:

Thanks for the tip. Just copied it from some guide, so tweaks are welcome.

I'll monitor the data usage with these two changes. The most important thing is that the client isn't receiving/sending duplicate TCP packages. It might not be a routing issue at all then...
Top

sunflare wrote: ↑
Tue Sep 01, 2020 11:59 am
I was investigating earlier why I was getting so many 'ICMP Redirects': meaning the VPN server is saying 'That's great but here's a better route for you'.

OpenVPN does not generate ICMP redirects.