For years, there were absolutely no problems.

However, recently my mobile carrier keeps giving me only pure ipv6 and problem occured.

When I connect openvpn server through ipv4 environment (PC or mobile with WIFI) there is no problem as usual.

But when I connect openvpn server through ipv6 environment (iPhone with LTE),

This is very weird. And I don't guess which is correct way to solve it.
The 3rd party app developers should enhance their apps for ipv6 compatibilities?
Or the iOS OpenVPN Connect App itself should be updated to support ipv6 environment later?
Or shall I add and/or change some openvpn server or client option?

Thank you in advance.
Top

3735943886 wrote: ↑
Thu Dec 24, 2020 12:00 am
If I add "redirect-gateway def1" or "redirect-gateway ipv6" to server configuration,
all above apps work fine but all network traffics are forwarding through gateway, which is unwanted effect.

That is how --redirect-gateway is supposed to work..
Top

Thank you for reply.
And yes, I know it already.
I'm looking for other way to work without redirect all traffics to gateway.
Top

As ironic as it sounds, Apps don't trust your VPN.

You could try --block-ipv6 but I don't think that will help.
Top

I found out that it was not OpenVPN's fault.

Screenshot below is one of buggy iOS app, named a-shell. 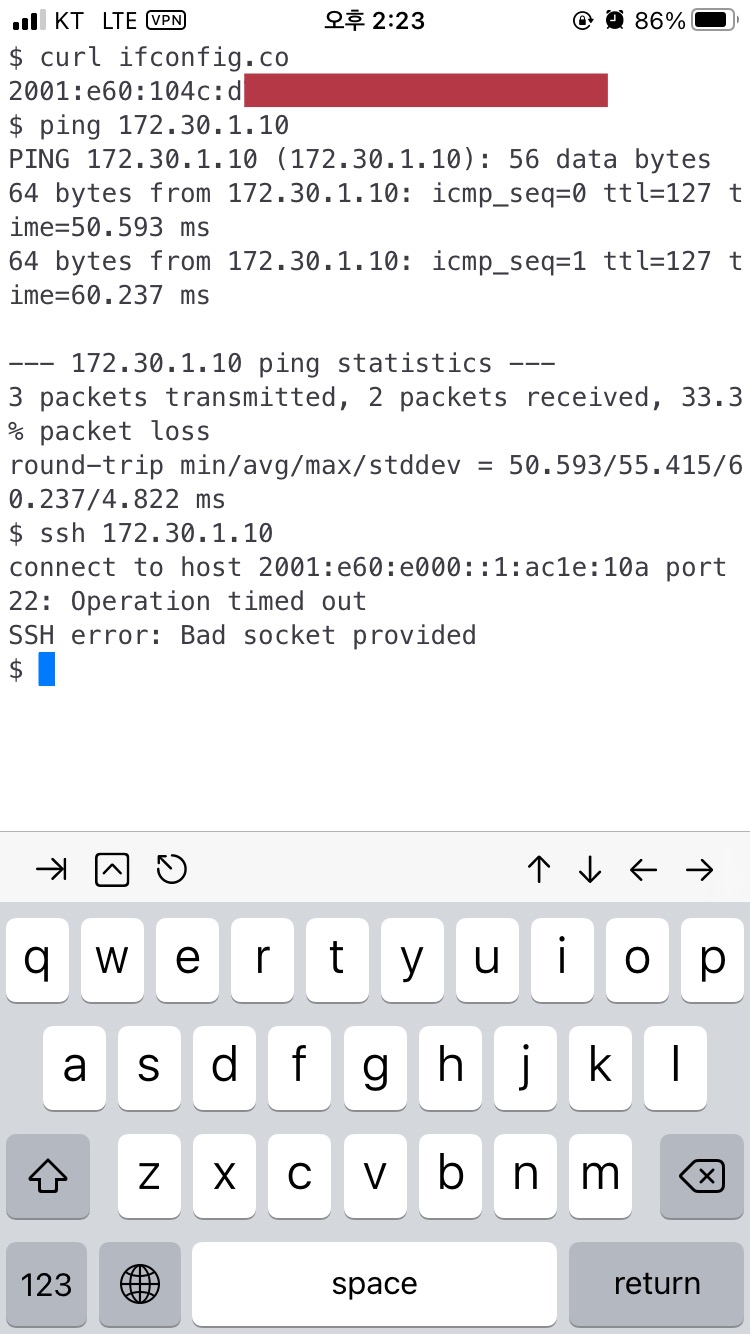 However, some apps work fine in same condition.
Screenshot below is one of working iOS app, named iSH. 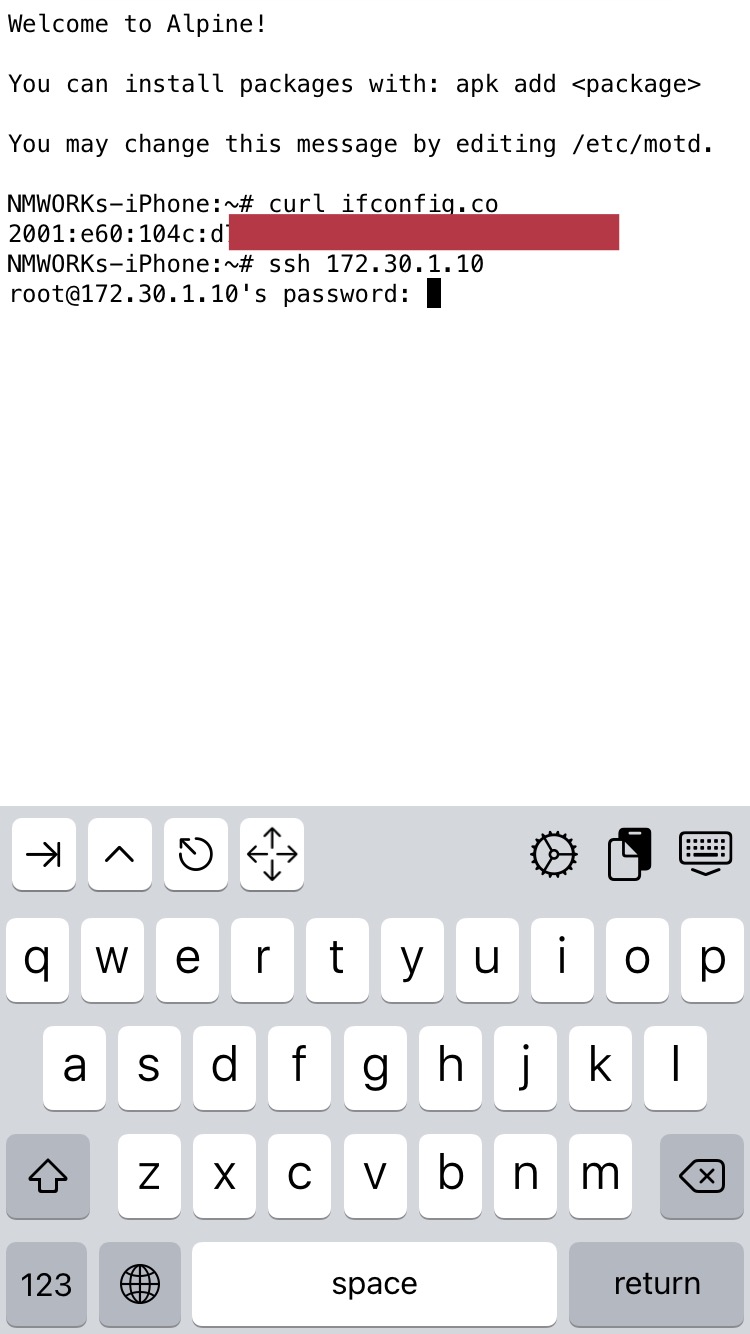 I can hardly understand why so many apps cannot handle ipv6 environment properly.
It might a bug of iOS itself or network library commonly used. I don't have experience of iOS development and could not dig further.
Top