This forum is for general conversation and user-user networking.
Post Reply
13 posts • Page 1 of 1

I posted this in the wrong forum before, I think it's better suited here:

So my dad has set up a VPN for me from his home and I'm able to connect via OpenVPN from my PC just fine. However, attempting to set up the VPN throuhg my ASUS router has not been working due to a "IP/routing conflict" which I can't seem to be able to resolve. Here's how everything is set up at home:

IPconfig (when connected via Windows PC)

My dad's LAN assigns IPs in the 192.168.100.X range and I have tried several configurations at my place to change my LAN IPs, none of which have been able to resolve the conflict.

When connected to the VPN via the desktop client, I'm assigned this IP: 10.8.0.6

Here's the result, the exclamation marks reveals an "IP/routing conflict" 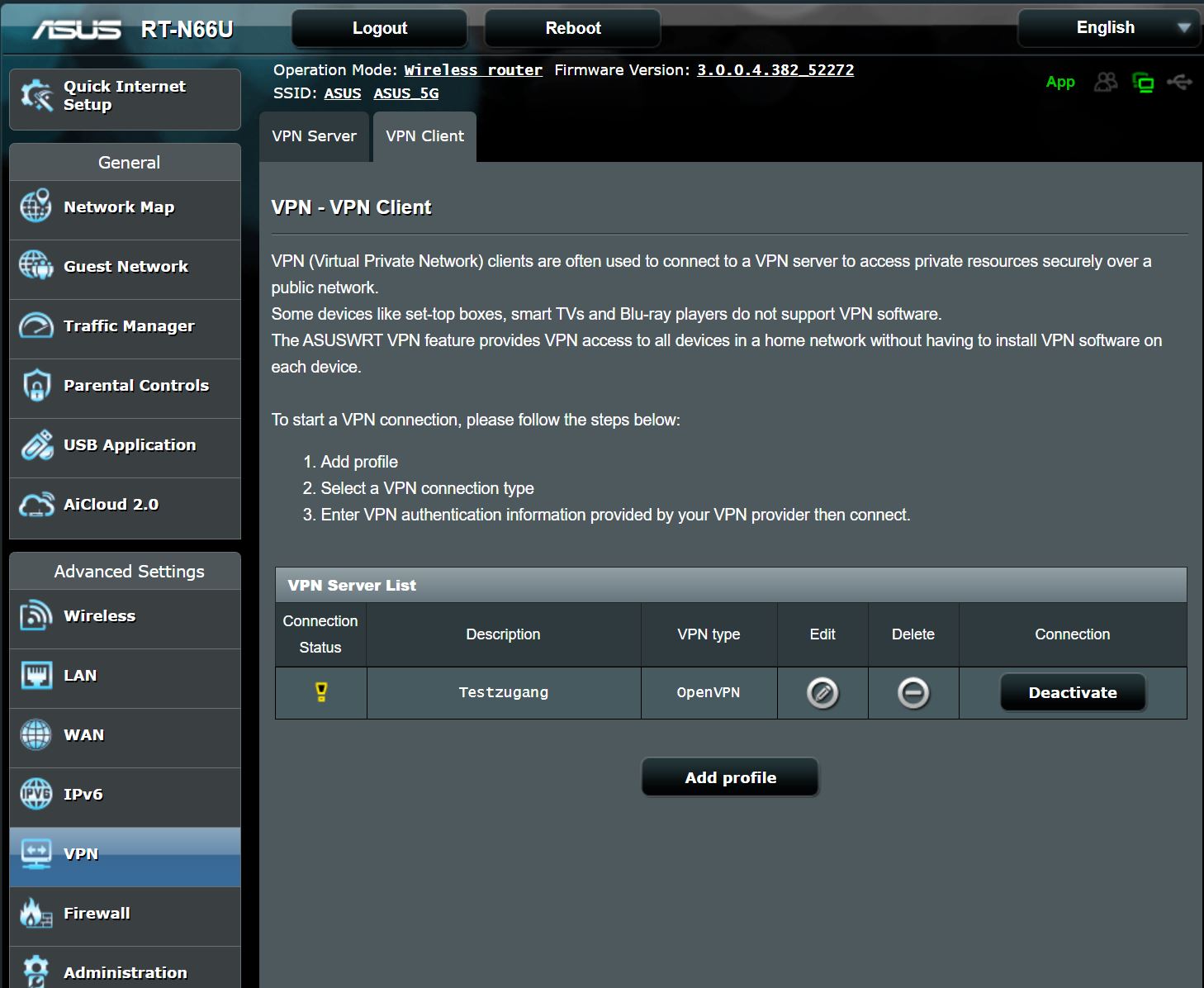 I was advised to connect Cable Modem <-> Router via LAN instead of WAN and only enable DHCP on the Modem, however that didn't work either. Instead of getting the IP/routing conflict, it left me with this constant loading screen: 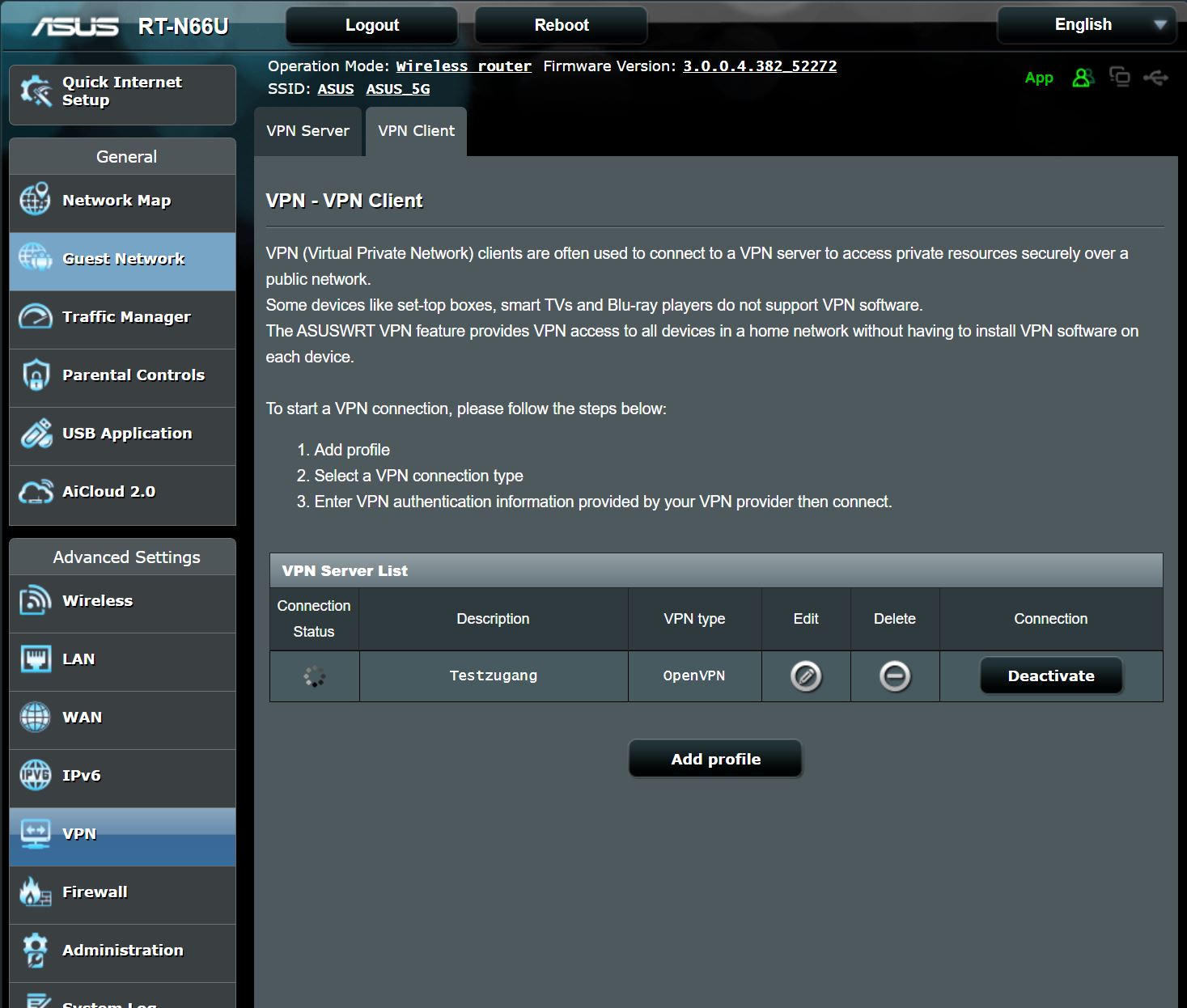 Also, if I connect my router via LAN instead of WAN, I would have to put my router in Acess Point Mode as far as I understand but I can't access any VPN options in the ASUS interface if I do so. So I'm "forced" to put ASUS in router mode although it doesn't seem to make such sense to set up my home network that way: 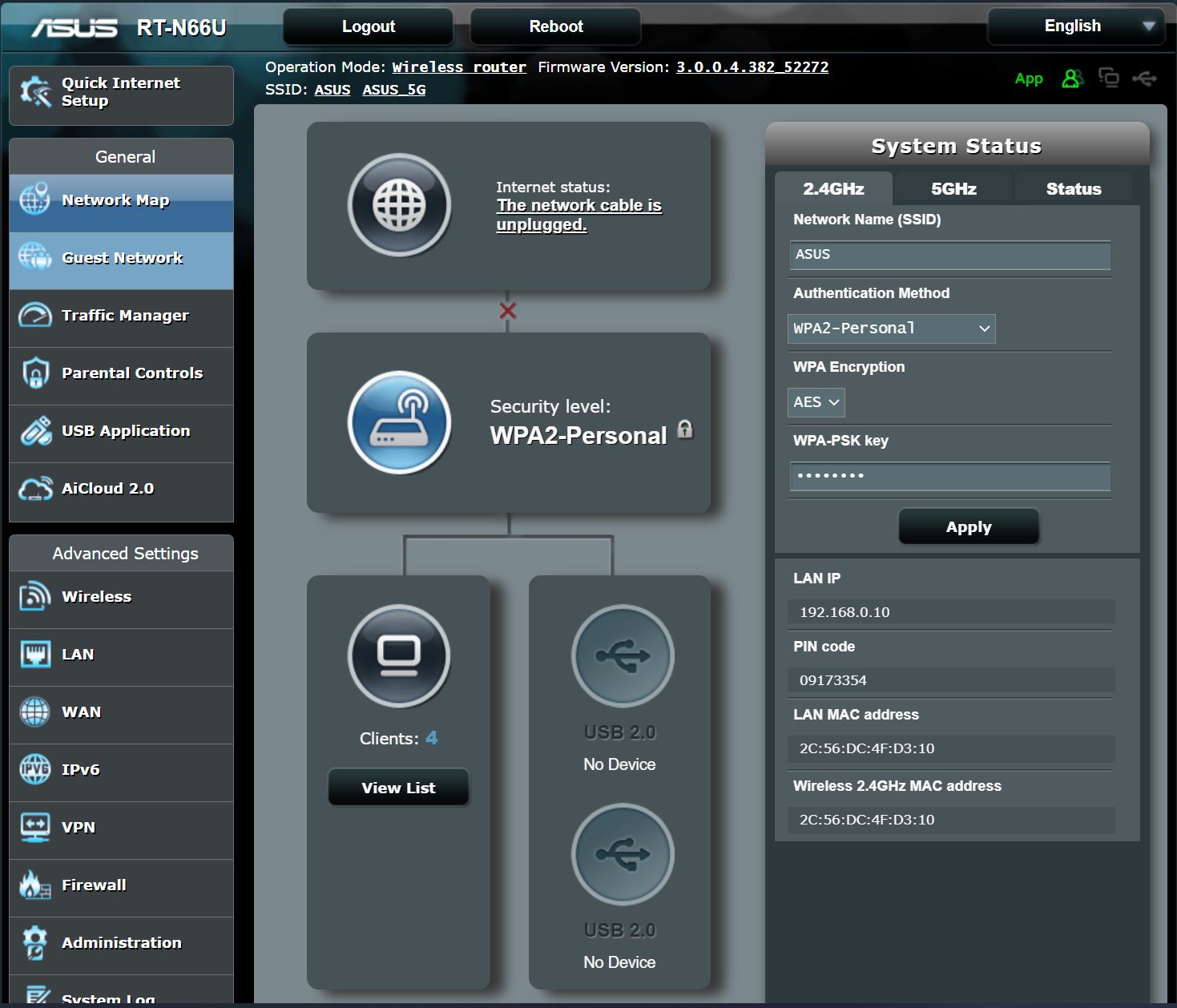 This is how my network would look like - the internet works fine but again, it doesn't solve the OpenVPN issue, just creates a new one.

Ok, this should be it:

That would make your router fairly dumb .. and if true, I would report that as a bug to ASUS.
Top

from your server config.
Top

Ok, so what significance does that hold? Unfortunately it's not my own server config, my dad sent me this. Is there any way to fix them issue from my side or do I have to ask him to do changes?
Top

You can possibly add

to your client config. 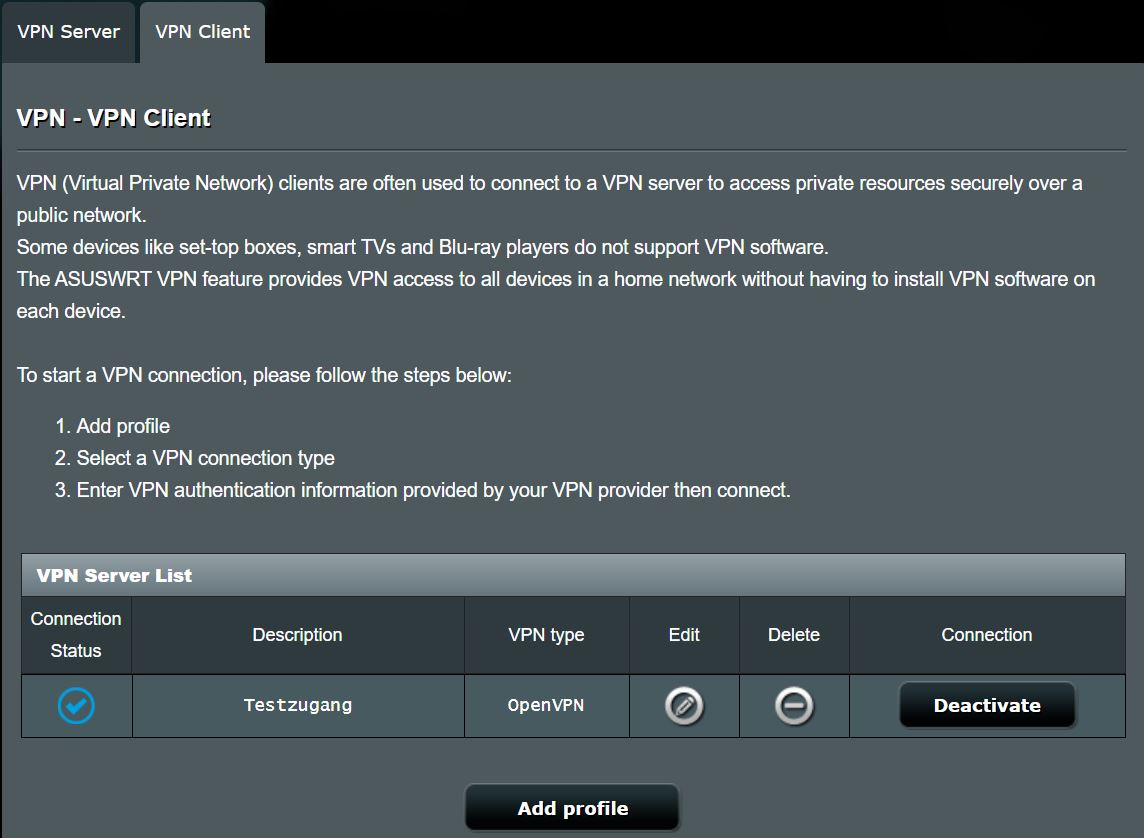 Wow! That actually made the VPN enable in my router, but oddly enough, now my PC's traffic is not going through the VPN. I assume that I have to make some changes to the ASUS interface to ensure that all traffic is routed through the VPN now. Any pointers would be appreciated! I don't want to &nbsp; up what's already working

Apparently, from the server side we could add this:

Is there an aquivalent functionality from client side? Either through the ovpn config or my ASUS interface?
Top

According to your previous log, you are already using --redirect-gateway def1

OK - weird. Didn't work with the default ASUS firmware. I've flashed the router with Merlin and it seems to be up and running now so this thread can be treated as solved. Thansk for your help!
Top

quarantinho wrote: ↑
Wed Dec 30, 2020 7:30 pm
Didn't work with the default ASUS firmware. I've flashed the router with Merlin and it seems to be up and running

Thanks for letting us know

quarantinho wrote: ↑
Wed Dec 30, 2020 7:30 pm
Didn't work with the default ASUS firmware. I've flashed the router with Merlin and it seems to be up and running

Thanks for letting us know

. I'd say it's a bit unlikely that it would have worked with the factory settings in the first place. In the process of setting everything up, I reset the router a couple of times so I did have some tries with the config as it is/was PLUS the factory settings of the router. So that's why it's kind of odd that it wasn't directing my PC's traffic through the tunnel.
Top
Post Reply
13 posts • Page 1 of 1

Return to “Off Topic, Related”